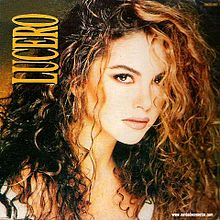 Wikipedia calls them a “country punk rock alternative band,” which is as good a classification as any, especially if you add in Latin and Big Band. Lucero just may be the hardest working band that most people have never heard about, though Fuse magazine lists the band’s All a Man Should Do tour among its compilation of falls 27 must-see concerts. The tour kicked off October 1 in Nashville, where the blend of acoustic and electric music brought the house down, and set the tone for the upcoming dates. Anyone who doesn’t have Lucero tickets yet is going to find that they’re not easy to come by. The band has a devoted cult following, and the band’s summer single release, “Went Looking for Warren Zevon’s Los Angeles” burned up the summer track downloads, making the Lucero concert tickets even more popular.

Lucero is “Hard to Classify”

The band, consisting of Ben Nichols (guitar and vocals), Roy Berry (drums), John C. Stubblefield (bass), Brian Venable (guitar), and Rick Steff (piano, organ, accordion), has been playing since 1998, and they’ve played between 150 and 200 shows a year since 2001. They’ve got a reputation for being “hard to classify,” with music that has evolved over the last 15 years to incorporate big horns, drums, electric amps and more.

This year’s tour, though, might be a bit of a surprise for long-time fans, says front man Nichols. “We decided that with so many softer songs to incorporate into the set, we wanted to be able to set the pace for the whole night,” he told Fuse magazine. That’s why they’re playing the entire tour with no opening act – it’s all Lucero, all night long.

Not only that, the band will be playing two full sets at each show, one acoustic and one “electric and rowdy.” The format allows Lucero to start out the night with the softer, acoustic sound that’s prevalent on All a Man Should Do. The second set swings into the big horn sound that’s informed their last two albums and been the backbone of their last several tours, giving audiences a little taste of something for everyone.

Fans with Lucero Tickets Have a Chance to See Their Evolution

Fans who are lucky enough to score Lucero concert tickets will get the full benefit of Lucero’s evolution, from their earliest punk-country sound to the latest album, which may be their moodiest release to date – and that’s saying something for a band whose music and songwriting are known for their restless sense of never quite fitting in or being at home. The “All a Man Should Do” tour ranges all over the place, with one song featuring bawdy sax and big horns while the next slips into contemplative piano and organ. The tour showcases all the best of the band since its inception, making it the perfect show for longtime fans and new fans alike.

The Lucero “All a Man Should Do” tour continues through December, with shows in Portland, Seattle, Los Angeles, San Francisco, Salt Lake City, Tallahassee, Austin, Houston and Dallas, as well as several dozen other cities, before it ends just a few miles from its start, in Memphis, Tennessee on December 19.

Here’s How to Get Your Lucero Tickets

And in addition to having the tickets you want, we also keep you current on all the latest happenings in the music world. We maintain a concert ticket blog that informs readers about the latest news, gossip, and concert happenings, and we update it regularly. In addition, we keep our fans informed by staying current with all of our social media accounts. Check out our Facebook account, Twitter Feed, and our Google+ pages when you want to know what’s happening with your favorite group. And remember, if you want the best seats for a Lucero concert, you can find them on our website, or call 866-459-9233.

In addition, if you want to find the best seats for Lucero tickets or any other upcoming shows, you can call us at 844-425-0512.