Shawn Mendes – The Love of Audience 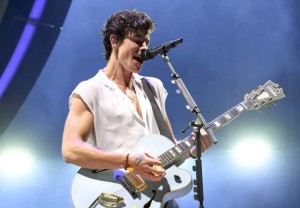 Shawn Mendes is a Canadian singer and songwriter. He started his career with posting six-second song video on video-sharing application Vine. From there, he gets the fame & popularity. His talent, teen-idol good looks, and built-in fan base depicts in the eyes of the audience, that’s become the reason he gets successful in very less time.

With the release of a debut album in 2015, Shawn Mendes saw a great rise in his career. He has a huge fan following & has been favorite of youth since long.

Before the age of 20, he became world famous and made a record of highly using the Vine app. This young singer is also the winner of MTV, EMA, American Music Award & Juno Awards.

Presently this young artist is on tour in different cities of US & concertbank.com have all tickets available of his upcoming shows. Don’t miss out the chance to watch this superstar & to listen his great hits and catchy songs like Stitches, Treat You Better, There’s Nothing Holding Me Back, In My Blood, Lost In Japan & Mercy and many more.

His most fans are tweens & teenage girls who support his singing & versatility. He started writing his own songs, which even generates more rise in his career. Tickets of such shows will get sold out in no time. If you have any questions about purchasing Shawn Mendes concert tickets visit our website concertbank.com to get complete information about all upcoming events near you.