Ellie Goulding Fans Have Delirium on Their Minds 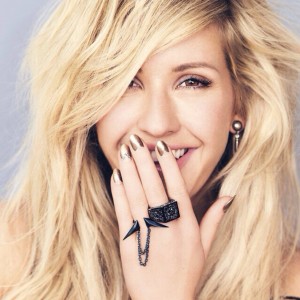 With the release of her third album, “Delirium,” Ellie Goulding has hit the world stage running, and shows no signs of slowing down. The Brit pop star has had several hits since her 2010 debut album, “Lights,” which garnered her the top spot in the BBC Sound of 2010 poll, but none of them took off quite like the surprise single, “Love Me Like You Do,” which was featured on the soundtrack of the blockbuster movie, “50 Shades of Gray.” The release of “Delirium” in conjunction with the announcement of her 2016 Delirium World Tour has made Ellie Goulding tickets some of the hottest concert tickets on the market.

Her Hit Song Was an Accident

Goulding had never planned to release “Love Me Like You Do” as a single, but fans fell in love with the lush arrangement and plaintive lyrics when they heard it, pushing it to No. 3 on the Billboard Hot 100 Singles chart. The song has racked up 2.5 million downloads to date, and is still going strong. It’s a departure from Goulding’s typical pop-dance sound, and has established the 28-year-old singer as a versatile and veritable pop star.

Delirium Was the Start of Something New

“Delirium,” too, is a departure from Goulding’s earlier style, the result, she says, of working with top-shelf Los Angeles producers on her latest album. The “wanted something to come out that hadn’t before,” and this latest release proves that Goulding definitely has more to offer than standard pop-dance fare.

The real breakout single off “Delirium,” though, is “On My Mind,” which dropped September 17 and is currently at No. 19 on the Hot 100 with 310,000 downloads. Goulding calls the rumination about obsession “something very bold,” a statement about past loves resonating strongly and still having an effect on your present. Fans speculate that Goulding had ex-beau Ed Sheeran on her mind when she wrote it – something she denies – but what’s obvious is that her fans have her on their minds.

Ellie Goulding Tickets Will Offer a New Kind of Show

Fans who came out to see Goulding playing theaters and festivals like Coachella last year will have a bit of a surprise with the upcoming stadium tour for “Delirium.” The tour will be playing major arenas, and feature a bigger sound coming from a revamped, revibed Ellie Goulding.

Tickets for the North American leg of Ellie Goulding’s Delirium tour started hitting the market Nov. 5, and have already started trading on the secondary concert tickets market for far more than face value. In venue after venue, the best Ellie Goulding concert tickets have been snapped up within hours, but fans can still find the hottest Ellie Goulding tickets at third-party ticket sellers like ConcertBank.com. Fans who want a glimpse of Ellie’s hot new sound and look can grab concert tickets to the Jingle Ball at American Airlines Center in Dallas (Dec. 1) or the Staples Center in LA (Dec. 4), where she’ll be taking the stage alongside One Direction, Selena Gomez, 5 Seconds of Summer, Calvin Harris and The Weekend. Tickets to iHeartRadio’s Jingle Ball concert are still available, but going fast.

Why Fans Love Buying Tickets From Us

And in addition to having the tickets you want, we also keep you current on all the latest happenings in the music world. We maintain a concert ticket blog that informs readers about the latest news, gossip, and concert happenings, and we update it regularly. In addition, we keep our fans informed by staying current with all of our social media accounts. Check out our Facebook account, Twitter Feed, and our Google+ pages when you want to know what’s happening with your favorite group. And remember, if you want the best seats for Ellie Goulding’s Delirium Tour, get them on our website, or call 866-459-9233.