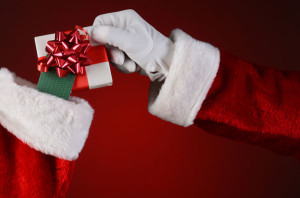 This year is THE year for those once-in-a-lifetime concerts that are destined to become forever memories. If you’re looking for the perfect gift for a music-loving friend, you should be shopping for concert tickets, and the sooner the better. The hottest acts of the year have already announced their 2016 tour lineups, and concert tickets for the highest-demand shows have already sold out. If you want to give the gift that they’ll never forget this year, check out the lineup of 2016’s hottest stocking stuffer concert tickets.

Demi Lovato and Nick Jonas are long-time pals and creative collaborators, so it’s only natural for them to team up on a concert tour. The “Future Now” tour, announced in late October, marks the sixth joint concert tour for the former Disney peers, and fans are eating it up – even with a $10,000 price for the extra-special VIP concert tour package. Fans don’t have to pony up five figures for Demi Lovato and Nick Jonas Future Now concert tickets, though. Tickets for the tour, which kicks off in June with a show in Sunrise, Florida, are still reasonably priced – though you can expect to pay more for them as the tour date gets closer.

Insider tip: Fans who want a taste of the pair’s chemistry can see them at a dozen or more Jingle Balls around the country this December.

Insider tip #2: Yep, if you’re in the Atlanta, Georgia area, you can catch the Beebs headlining at the 96.1 Jingle Ball on December 17, Phillips Arena.

Brooks has been touring with wife Trisha Yearwood since 2014, and he shows no signs of stopping. The country megastar recently announced a handful of January 2016 tour dates, beginning with his first show in south Florida in nearly 20 years. Tickets for the three Garth Brooks shows in Sunrise went on sale earlier this month, and you can still find some scattered seats for the shows at the BB&T Center on third-party concert ticket sites like Concertbank.com.

The Material Girl never grows old, and she’s proving it with her extended Rebel Hearts World Tour. The tour, which kicked off in Montreal in early September, has been on its European leg, but returns to the U.S. with a January 10 show in San Antonio. The show has been critically acclaimed by everyone from The Guardian (5 stars) to Rolling Stone (“She hasn’t reached so far onstage, musically or emotionally, since her 2001 Drowned World extravaganza.”). Rebel Hearts concert tickets sell out fast, so if you’ve got a Madonna fan on your list, check the third-party concert ticket sites for tickets to a show in a city near you.

In addition to having the tickets you want to put someone’s stocking, we also keep you current on all the latest happenings in the music world. We maintain a concert ticket blog that informs readers about the latest news, gossip, and concert happenings, and we update it regularly. In addition, we keep our fans informed by staying current with all of our social media accounts. Check out our Facebook account, Twitter Feed, and our Google+ pages when you want to know what’s happening with your favorite group. And remember, if you want the best seats for all these great concerts, get them on our website, or call 844-425-0512.